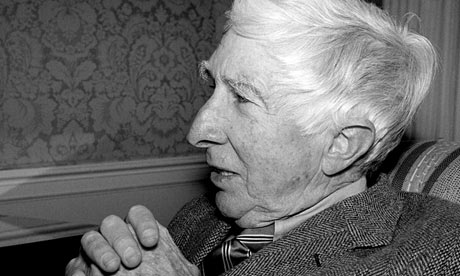 Writing a piece of fiction is hard but writing good fiction of a still and boring life is even harder.

Having read John Updike’s “Rabbit Redux” recently, he blew me away with the depth and intricacies of the every day, monotonous routine of lives in small-town America. And he did make the mundane tick away like a beautiful, antique grandfather clock.

In addition to being one of America’s esteemed modern writers, he was also a regular book critic, particularly known to write for The New Yorker.

As a blog set out to review books, I found the six rules that he listed in his book, “Picked-Up Pieces” to be a useful list of reminder worth sharing.

1. Try to understand what the author wished to do, and do not blame him for not achieving what he did not attempt.

2. Give enough direct quotation—at least one extended passage—of the book’s prose so the review’s reader can form his own impression, can get his own taste.

3. Confirm your description of the book with quotation from the book, if only phrase-long, rather than proceeding by fuzzy précis.

4. Go easy on plot summary, and do not give away the ending.…

5. If the book is judged deficient, cite a successful example along the same lines, from the author’s oeuvre or elsewhere. Try to understand the failure. Sure it’s his and not yours?

To these concrete five might be added a vaguer sixth, having to do with maintaining a chemical purity in the reaction between product and appraiser. Do not accept for review a book you are predisposed to dislike, or committed by friendship to like. Do not imagine yourself a caretaker of any tradition, an enforcer of any party standards, a warrior in any ideological battle, a corrections officer of any kind. Never, never…try to put the author “in his place,” making of him a pawn in a contest with other reviewers. Review the book, not the reputation. Submit to whatever spell, weak or strong, is being cast. Better to praise and share than blame and ban. The communion between reviewer and his public is based upon the presumption of certain possible joys of reading, and all our discriminations should curve toward that end.

Taken from The New Yorker article “Remembering Updike: The Gospel According to John”

10 thoughts on “Rules of reviewing books”