This week I would like to share two picture books both focusing on interesting aspects of Japanese culture. It is the first time this blog is featuring picture books, which despite its lack of words belong to a genre that could be universally appreciated. 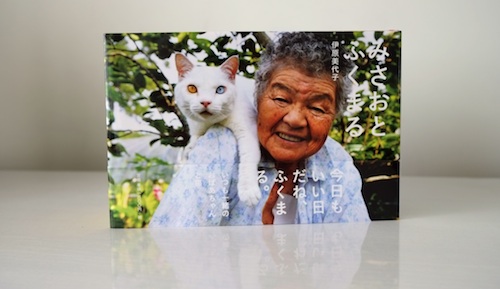 Foremost would be a lovely series of a grandma and her cat by Japanese photographer Miyoko Ihara. It is such an adorable series where readers get to witness the close relationship between Misao, the old granny, and Fukuramru, her cat. Ihara wrote since her grandmother Misao found the multi-colored eye Fukumaru in her shed eight years ago, both of them have develop a strong bond with each other.

In her pictures, Ihara tries to capture their closeness almost like a pair of inseparable twin where granny and cat would be doing everything together, toiling in the fields, cooking dinner and even taking a nap side by side. The odd camaraderie and companionship between a white cat and a wrinkly old grandma easily leave readers feeling warm and fuzzy inside. 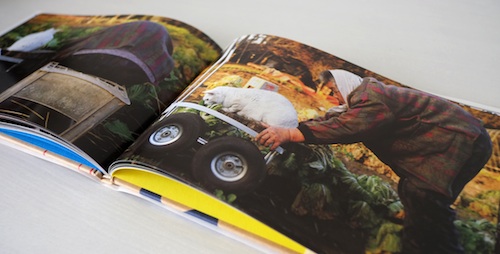 The second book takes a look into Japan’s ‘salarymen’ culture. Salarymen are typically used to refer to Japanese white-collared workers who wear suits to work and devote their lives to the corporate world which includes long working hours and mundane repetitive office work.

“The Salarymen Project” by Bruno Quinquet pictures these salarymen as faceless images in suits going about their daily lives. Instead of publishing these photos as a regular picture book, they are only available in the form of a weekly business schedule.

The repetitive habits of salarymen were creatively framed such that their faces are obscured but the manner in which they are portrayed still make them representative of their group. I particularly like the composition of the picture below where the reflection of the face of a salaryman is strategically obscured by a handkerchief tucked nicely into a mannequin’s suit. When i look at it, it reminds me of the average salaryman who is constantly running in pursuit of middle-class dreams but always headless, aimless and lost amongst the crowd. 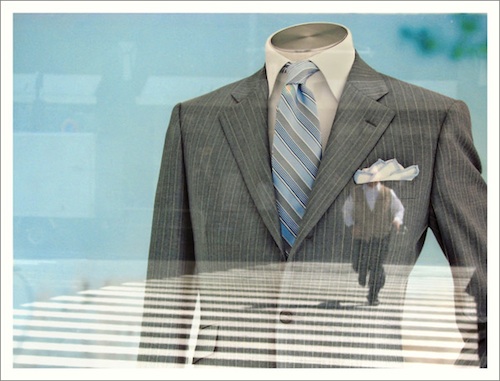 Any great picture book recommendations? Leave your comments below.